As you know already Funimate is a smartphone application which is available for Android and iOS users. It enables you to create loopy and creative videos. There are a lot of editing features such as effects, filters, transitions etc. You can start adding your photos, short videos and mix music in order to create breath-taking video effects.

Funimate has been created by a company called AVCR Inc. and it is based in Istanbul, Turkey. The developers of the app are Kemal Ugur, M. Oguz Bici. The app consists of a team of developers, designers etc. (see the team below). The category of the app is music, photography, video and social networking. According to some publicly available information the company has headquarters in San Francisco Bay Area, West Coast, United States. However, this information has not been verified.

The app has more than 500k downloads in a month and makes a revenue of almost 1 million $ in a month (based on information available in the public domain). The app is free to use but has in-app purchases with a subscription model such as weekly, monthly, yearly etc. The premium or PRO subscription allows you to get benefits such as Unlock Everything, Remove Watermarks, Remove ads, Premium Photo Story Pack, Thug Life Sticker Pack, Premium Video Pack etc. The price and plans vary per country and currency so be sure to check it out on the play store or app store. There are also ads placed by the developer in the app.

The app has generally good positive reviews of about 4.5/5 in both Google Play Store and Apple App Store. The app was released in April 2014 and since then has become a top ranked app in Photo and Video editing category in almost 100 countries. Funimate is very popular in the US.

The app is available in many languages such as  English, German, French, Japanese, Portuguese, Korean, Russian, Simplified Chinese and Spanish.

Read: Is Funimate a safe app to use?

Some of the other apps which are similar/related/alternatives in the same category are Dubsmash, Video Star, Vinkle, VideoFX live, Zoomerang, Tempo, MVBit, Alight Motion, Hype Simulator, Neon video editor etc.

As per information available from the official website, the team of Funimate consists of following people. The same is subject to change:

If you would like to join the team then send an email to support@funimate.com and introduce yourself.

About the Founders of Funimate:

He is the Co-founder & CTO at Funimate. He has worked at Imagination Technologies as Lead Software Developer in the Video Encoder Software Team. Developed various features/algorithms for the video encoder driver and firmware. Prior to that he has worked at Nokia as External Researcher where he Developed and patented video codec algorithms. Participated in International Standardisation Activities. PhD in Signal Processing, Expert in Imaging & Video technologies.

He is the Co-founder & CEO at Funimate. Worked at Nokia Research Center as Research Leader. PhD on video processing. First prize at Europe-wide math tournament. He has a PhD from TAMPERE UNIVERSITY OF TECHNOLOGY · 2010, MS from UNIVERSITY OF BRITISH COLUMBIA · 2004. 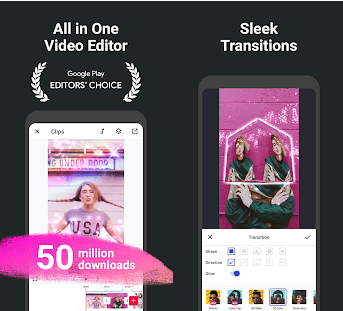